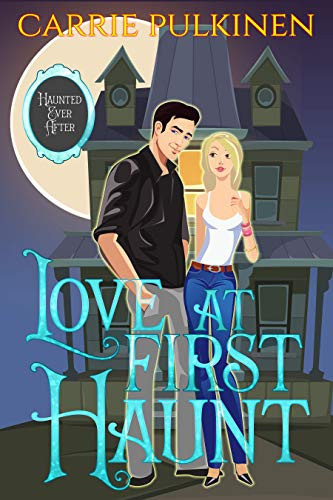 previously published as To Catch a Spirit by Carrie Pulkinen

A psychic who’s afraid of ghosts…

Is that even a thing?

For medium Allison Gray, it certainly is. She’s seen dead people for as long as she can remember, but a harrowing incident from her past has left her terrified of spirits.

The one in Logan’s house is no exception.

Logan Mitchell is an empath, and while his gift of reading people’s emotions has come in handy in the business world, it’s about to drive him insane. Literally.

If his psychic power doesn’t make him crazy, the ghost that’s haunting him soon will.

He’s given up hope of ever having a normal life, until he meets Allison.

She could be the answer to his prayers, but even if she can overcome her fears, loving Logan will mean risking her life.

If you like steamy romance and tortured heroes, you’ll love this thrilling ghost story!

Carrie Pulkinen
Is this book no longer free? Sign up for our email and never miss a free book again!